In Comprimato, we accelerated the JPEG2000 codec on the GPU and together with the fastest GPUs from NVIDIA (Quadro GP100 and Nvidia Tesla P100) we are offering real time 8K encoding/decoding to everyone.
I prepared three scenarios which I believe can be close to further 8K video recommendations: 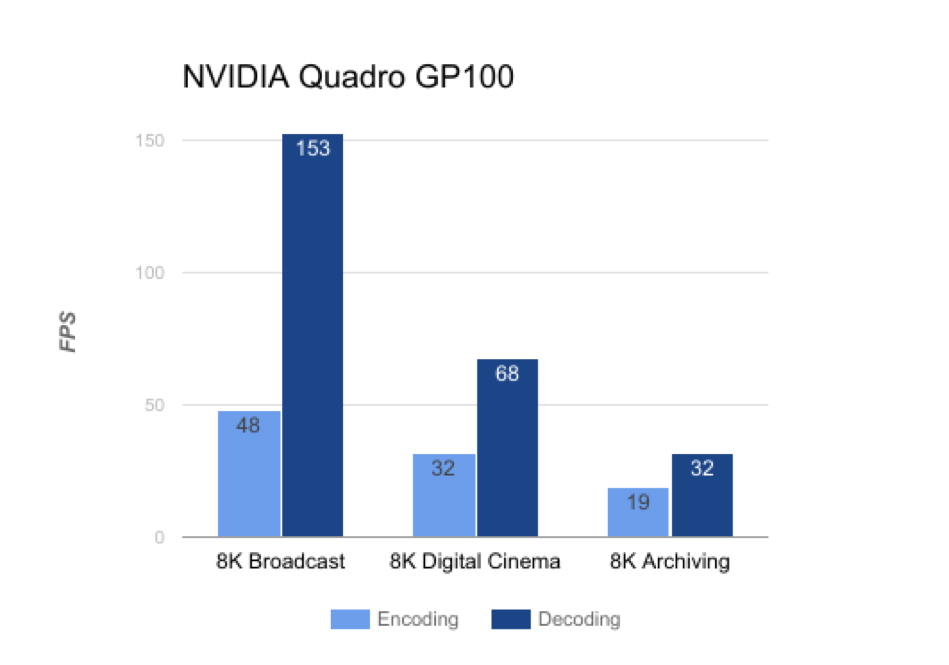 Comprimato JPEG2000 codec is able to deliver faster than real time 8K 60p decoding on a single NVIDIA Quadro GP100 card and 8K 60p encoding in multi-GPU environment.
If you doubt this incredible speed due to the speed of the PCI-e bus, then please look at my previous blog.