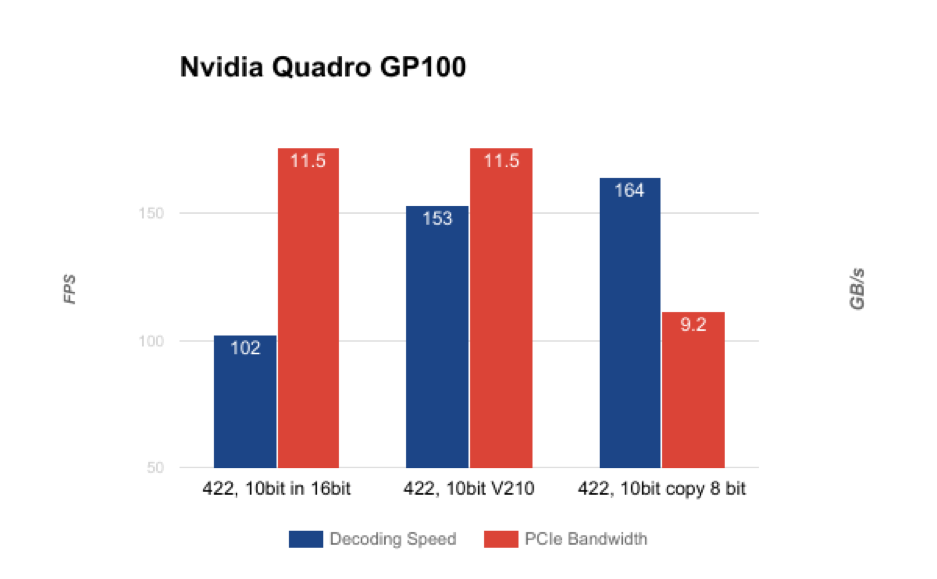 Finally, I also measured 10bit decoding but only 8 bit were transferred via the PCI-e bus. The speed in this case increased to 164 FPS which creates a bandwidth 164 * 56.6 MB = 9.2 GB/s. All these results showed that our JPEG2000 codec reaches the speed limit of PCI-e 3.0. Looking forward to try the new NVIDIA NVLink bridge with 80 GB/s bandwidth and hoping that PCI express 4.0 will come soon…
More information about Comprimato JPEG2000 codec can be found on our home page where you also can request a download link.